The key to building a truly magical amplifier is to maximise the dynamics in the signal and minimise any corruption in the process of amplification. Graham's designs are very concise, using the shortest possible signal path. The Discovery, rated conservatively at 8 watts, is constructed with three carefully divided partitions to eliminate the disruptive effect of magnetic, mechanical and electrical fields for the critical aspects of the circuit. The amplifier is built around the famous 300B valve, that has only three resistors in the circuit and not one capacitor in the signal path. Graham has long been a fan of the 300B valve like many others, but wanted to try to resolve some of it’s apparent weaknesses.

Graham described the development of the amplifier as one of discovery. “There has always been a magical and beautiful richness to the tonal textures possible in the middle frequencies with the 300B valve, however I wanted to discover how to get it to stretch itself in the lower and upper frequencies with the same magic. I would describe the 300B as a little lazy, if you push it too hard it complains, and if you don’t challenge it then it is happy to relax. I honestly feel like I now have discovered the real personality within the valve and the circuit I developed entices a performance from this valve that is truly unique and captivating”

The choice of individual components was also a challenge to ensure the circuit stayed alive and dynamic without smothering the delicate agility of the valve to uncover rich tonal texture. All the components are hard wired and of the highest quality available as well as being oriented to limit interference. Most are specially made to order like the strip wound C core transformers and chokes that are all hand wound. The amplifier takes over 200 hours to carefully assemble, and Graham enjoys the meticulous and intricate work that allows him to focus in an almost Zen like manner. The real pleasure from the build is however the first time that the circuit is switched on, watching those valves wake up and prepare to sing, as you place a favourite LP on the turntable; musical bliss. 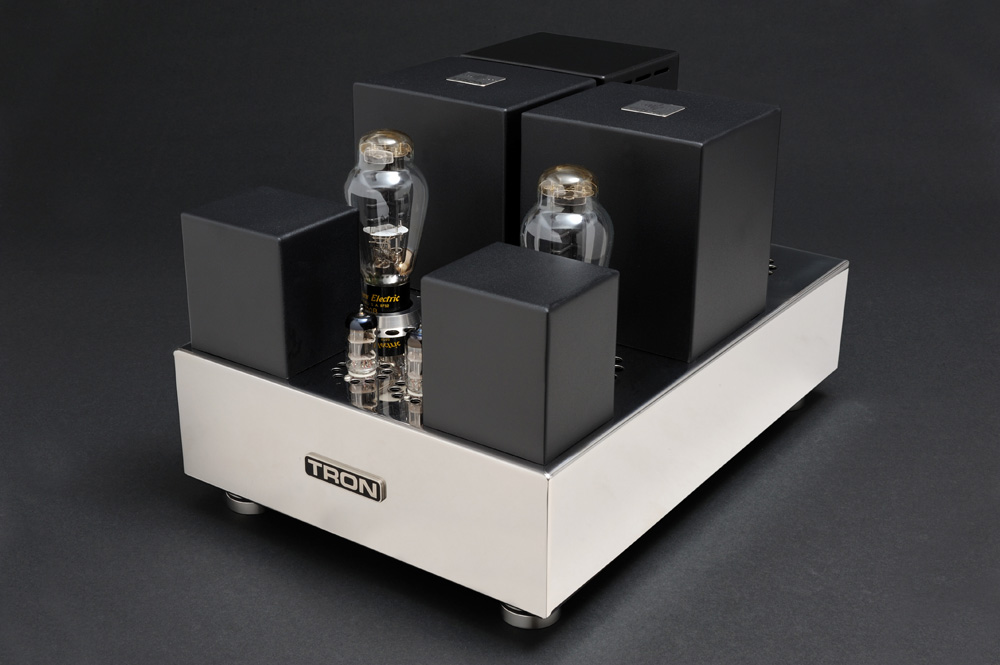 Reference
The Discovery can be upgraded to the Reference specification to further improve the musical performance from all your musical sources. The output transformers form a critical stage in the amplification and in a power amplifier drive the output to the speakers. Ensuring that we maximise this element is critical and so to further improve the voyager we have specially developed some unique non-standard core material that we keep as proprietary knowledge and simply refer to as exotic. These exotic core transformers help to lift the musical performance and enhance the vibrancy and intimacy of the music, in a way that just makes everything sound more immediate and tactile. We also see the use of these cores in the output transformers for the power amplifiers delivering a greater sense of control and power of grip over the speakers; the effect is more like a speaker upgrade than an amplifier.

Ultimate
The Ultimate comes with all the additions of the Reference model, but also uses 99.99% pure solid silver wiring throughout the critical signal path. Silver as a conductor has the advantage of a more revealing and transparent reproduction of the music, however care needs to be taken to ensure that this is delivered in a complete and unified manner as sections of silver in a component in isolation rarely provide a benefit. Finding the right dielectric (insulation) for the cables is also critical to extract the best from this expensive material. Our choice of dielectric enables the ‘skin effect’ associated with incompatible insulation to be rendered almost non existent. This helps to bring the music to a tighter and more cohesive performance, here conventional cables tend to render the small details essential for the whole piece to really hang together in a muddled and incongruent way.

GT
GT Specification is the final step to perfection and to achieve this we have redesigned and built a more significant power supply that is carefully laid out in the existing chassis. This layout is very labour intensive to install but allows me to place the components in their perfect orientation. We have developed specifically designed capacitors for the circuit as readily available samples were not able to maximise the circuit Graham had been working on. We have also wired the whole of the power supply with 99.99% pure silver wire to be absolutely certain that the maximum performance possible is achieved. This has the effect of making silences darker and dynamic shifts in the music even more dramatic, and with a good recording this is phenomenal. I would describe this improvement by making the analogy to film photography; a good print film can have rich beautiful colours and a great tonal range, but when you compare it to a great slide film the depth and richness of the picture just takes your breath away. Buy now
Contact us
We use cookies to ensure that we give you the best experience on our website. If you continue to use this site we will assume that you are happy with it.OK